What is Bitcoin Cash?

Bitcoin Cash, for its proponents, is the original Bitcoin. According to those who created it back in August 2017, it is closer to the original vision of Bitcoin’s anonymous founder Satoshi Nakamoto. There are some important reasons why most of the community isn’t united around this idea though. To understand them, we need to understand how and why Bitcoin Cash was created.

Bitcoin Cash was created from the original Bitcoin by a process known as a hard fork. The Bitcoin network is secured by computer systems known as miners. These miners validate transactions on the network. They also enforce the network’s rules. If some of these miners decide to change the rules and some do not, a hard fork results. This creates two copies of the blockchain, the first keeps the original network’s rules, the second runs with the split off group of miners using a different set of rules.

This is what happened in August 2017. Pretty much the entire Bitcoin community wanted to increase the network’s capacity to handle more transactions. This is because the cost of transactions had increased to a point that the network was unusable for small transactions. Every transaction on the network pays a fee to the miners to incentivise them to secure the network. If there are too many transactions occurring, there is a backlog of transactions and they essentially queue in what is known as a memepool. The miners automatically choose the transactions with the largest fees attached to validate first. This creates a race to the top in terms of the cost of fees. Fees on the Bitcoin network reached levels of $40-$50 in the spring of 2017 – obviously, this is unacceptable.

There were various methods proposed to scale the network (increase the numbers of transactions occurring on it). One was known as SegWit and one was to increase the size of the blockchain’s blocks. The group in favor of the block size increase started to mine their new rules in August 2017. This caused a fork in the network and the new coin, Bitcoin Cash was created. Since the split and the two scaling solutions have been implemented, both networks now have manageable fees again today.

The reason the entire community isn’t united around Bitcoin Cash is that there is fear that the solution will lead to centralisation. Since the blocks on the Bitcoin Cash network are 8MB instead of 1MB, the miners need to run much larger computer systems with far more memory. Obviously, this memory is expensive. The fear is that eventually, only the richest miners will be able to afford to download the entire blockchain and thus, the network will be controlled by the wealthy few.

Despite these problems, for now, Bitcoin Cash is a viable cryptocurrency for payments online for goods and services. One of these services is a no deposit Bitcoin Cash casino.

What is a No Deposit Bitcoin Cash Casino?

A no deposit Bitcoin Cash casino is an online casino that you can actually win Bitcoin Cash at without making a deposit. These promotions allow you to get some first-hand experience using cryptocurrencies without using any of your actual money. You can see how bets are made and how winnings are paid. If you’re lucky, you’ll be able to make a withdrawal with Bitcoin Cash too and see for yourself how great cryptocurrencies are for making payments online.

Why Play at a No Deposit Bitcoin Cash Casino?

There are lots of reasons to use a no deposit Bitcoin Cash casino. The first and most obvious is the chance to win some cryptocurrencies without spending any of your own money. If Bitcoin Cash ends up as valuable as Bitcoin one day, this could turn into a huge amount of money too!

After the initial promotion at the no deposit Bitcoin Cash casino is finished, there are loads of good reasons to continue playing with the operator too.

The best thing about cryptocurrencies like Bitcoin Cash is that no one needs to give you permission to use them. They also work across national borders in a way that bank transfers struggle to.

These factors are ideal for those wanting to play at an online casino for a number of reasons:

Pseudonymity means that it can be difficult to trace who is using Bitcoin Cash. If you use certain tools to conceal your identity further, this can make it virtually impossible to tell who is playing at the online casino. This also promotes freedom from government oppression. In countries where gambling is illegal, you can still enjoy a punt at a no deposit Bitcoin Cash casino thanks to their almost anonymous qualities. Just read up on peer-to-peer exchanges and using a VPN first and you will be spinning the reels in no time!

Since the casino doesn’t need to pay for Visa and MasterCard transactions, there are much fewer overheads that the operators themselves need to pay. This sounds like it would only be great for the casino themselves but to stay competitive, they have to get creative to lure new players in. This means higher return-to-player ratings and juicier bonuses! It’s not uncommon to see the Bitcoin Cash equivalent of a 200% welcome bonus on $1,000 or $2,000. When compared with regular online casinos, these figures are huge! Also, expect to see slots with 98 or 99 percent RTPs on slots too! Nice! 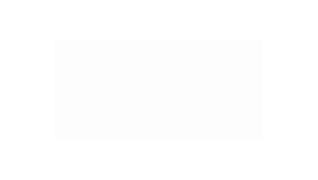 Hot Cryptocurrencies Used at The Best No Deposit Casinos

Ready to make a deposit after your free play? Why not use cryptocurrencies? By now…
Read more
Browse all feature posts

We have great No Deposit Offers for the king of cryptos. Get your bit of Santosi with our No Deposit Bitcoin Bonuses.

Play ANONYMOUSLY at trusted online casinos and make use of the Exclusive No Deposit Deals arranged by us for you to win real money.

Save yourself the hassle of registering and play at these No Account Casinos instead. Our no deposit bonuses will lead the way to a cashout!

Find out how to Win Real Money for free at trustworthy online casinos. Keep all your winnings by following our tips!