A Rundown Of The Top Monster-Themed Slots With Free Spins

Monster-themed slots are among the most popular games in any no deposit online casino. There is just something about the combination of monsters with the fast-paced action of slots games that lend itself to excitement and hours of fun gameplay. From chilling horror movie oddities to cute and cuddly creatures that even kids will enjoy, monster-themed slots are essential for any slots fan. 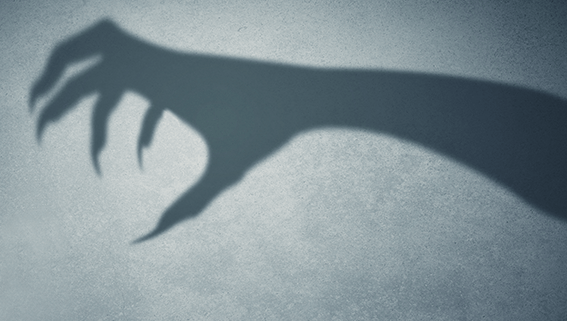 Here we run down some of the most captivating of these games for you to check out. 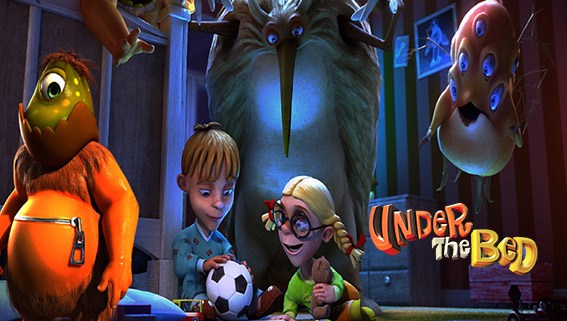 Restrictions: Not available to players from  Canada and the  United Kingdom

Under The Bed is one of those slots games that manage to combine cute and cuddly monsters with a scarier touch that should appeal to grownups. Seemingly inspired by the hit animated film “Monsters Inc.”, it features a host of loveable creatures that bear a striking resemblance to the characters in the film.

Powered by Betsoft, the game has five reels and thirty pay lines. Like most of the company’s new games, Under The Bed is a 3D animated title boasting of superb graphics and sound.

Watch out for the mysterious door symbol, as it holds the key to the free spins in the game. When the symbol turns up in the middle of the reels, you will get 12 free spins. The game also features four sticky wild symbols, each of which is represented by a monster bordered in gold. You can win more than one of these sticky wild symbols at the same spin of the slots.

Creature From The Black Lagoon 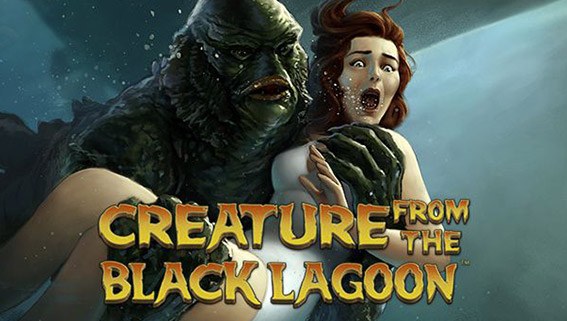 Restrictions: Not available to  US players

Creature From The Black Lagoon is one slots game that makes no secret of the inspiration behind it. Based on the classic 1954 cinematic horror thriller, it is created by one of the most respected game developers in the online casino industry, NetEnt.

Interestingly, the images in Creature From The Black Lagoon look like they came straight out of the classic film. The intro is pretty visually impressive to say the least, and fans of the movie will enjoy seeing the gilled creature rising up out of the water. The addition of color is an especially nice touch, bringing the feel of the game to the 21st century while still retaining its classic appeal.

The game itself has five reels with twenty pay lines. Three wild symbols can appear anywhere on the reels, serving as substitutes for all the symbols except for the target and free spins symbols. 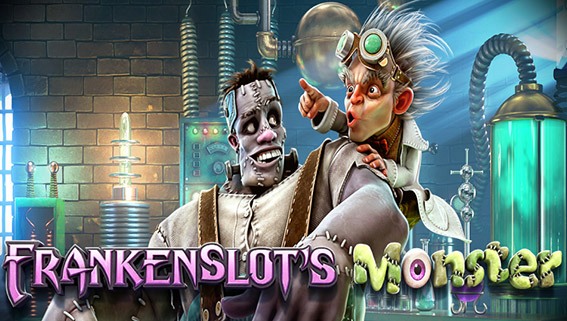 Restrictions: Not available to players from the  UK

Frankenslots Monster is yet another Betsoft offering, which also features superb 3D graphics and impressive cinematic sound. Similar in feel and approach as Under the Bed, this one also has stellar animated sequences that definitely enhance the playing experience.

Play Frankenslots Monster With a No Deposit Bonus at 21Dukes Casino 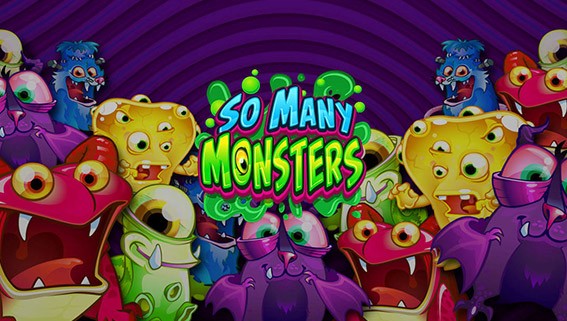 Restrictions: Not available to players from the  UK and the  US

From respected casino game developer Microgaming comes a monster-themed slots game that sets high standards for the genre. Called So Many Monsters, it is a lighthearted and captivating take on the monster theme, making it appeal to slots players of all levels.

So Many Monsters has five reels and twenty-five fixed pay lines, all delivered in a simple yet highly-effective package boasting of topnotch graphics and cutting-edge animation. Look out for the high monster symbols that can split up to five. These create additional winning combinations, with players given the chance to win up to 25 symbols.

The scatter is represented by the eyeball symbol, which awards you with five free spins when it shows up. There are also a host of other monster symbols to look out for, as well as a “So Many Wilds” symbol that gives you even more chances of winning. 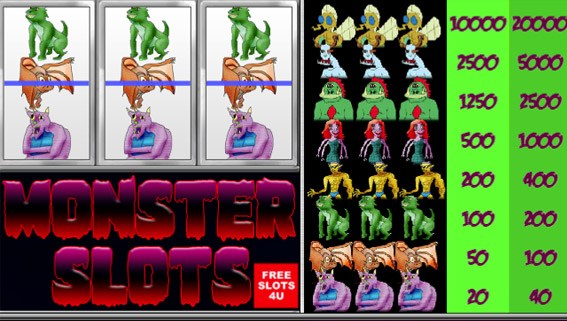 Free Slots 4U (Freeslots4u.com) has its own monster-themed slots game, and it is every bit as good as the more famous branded offerings at other casino gaming websites. One of the longest running games in the site’s roster, it was actually introduced soon after the site was launched.

The Free Slots 4U game is quite simple compared to other monster-themed slots games, but it is no less exciting. A three reel game with only three pay lines, it is ideally suited for novice players, as well as those looking for a no-frills playing experience.

The website also features the more modern and more fully-featured slots game “Creature From The Lagoon” mentioned previously. A notable improvement from the casino’s other offerings in terms of features, graphics, and game play, it is only one of the many fine slots games available at the site.

Where it can be played: Freeslots4u.com

Hi, I'm Courtney, the Webmaster at No Deposit Kings - We provide visitors with free and easy access to real money casino gaming thanks to no deposit casino bonuses offered by our hand-picked selection of online casinos.
← Previous post
Next post →