Rapidly advancing technology has game development companies vying for a slice of the pie. As slots enthusiasts, we can look forward to an enhanced experience at the reels. Each year, we witness new features, bonus rounds, free spins and all sorts of goodies being introduced in the world of no deposit online slot games. 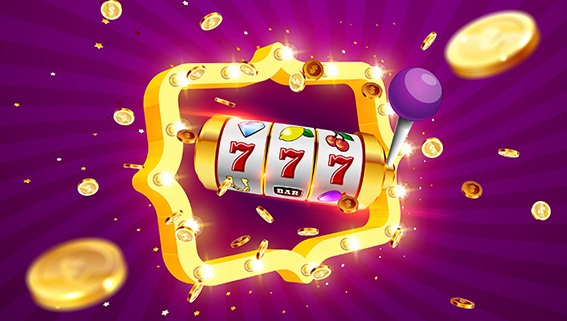 Let’s look at some of most interesting, next level slots and their unique features. We are going to be looking specifically at slots released between 2018 and 2020.

The Traditional Players – NetEnt and Microgaming

There have, of course, been some newer game development companies that have also wowed us with their innovations and their own next level slots, and we will take a look at some of these slots later.

Jack and the Beanstalk VR – NetEnt

When you put on your VR headsets and step into Jack and the Beanstalk, the graphics, the immersive experience of 360-degree 3D and the mind-boggling landscapes are going to take your breath away.

You are going to feel like you are personally climbing up the beanstalk past the clouds, the same beanstalk whose tale you were told so many times growing up. It is a surreal experience. This virtual reality slot certainly gets the stamp of being a ‘next level slot’.

One of Microgaming’s latest and most refreshing additions to their slot catalogue is the 5 reel video slot – Huangdi the Yellow Emperor Slot.

This is an oriental themed slot with classic Japanese art and elements incorporated into it. If you love Japanese fantasy and anime, you are going to adore every moment when you play Huangdi the Yellow Emperor.

This slot may have all the latest gizmos and features, but is themed around what seems like a very ancient Japanese time. It is premised on the time of the Battle of Zhuolu and illustrates the victory of Huangdi against Nine from the tribe of Li.

With 5 reels, 25 paylines and a return to player percentage of 95.48%, this is a well-paying slot that online casino players love. Furthermore, it has all the special features and bonus rounds one could ask for in a ‘next level slot’, and this includes a wild symbol, scatters, multipliers and free spins. Want to march alongside one of the bravest ancient Chinese emperors? Play Huangdi the Yellow Emperor!

Even a novice online slot player may be familiar with one of the most popular slots of all time, NetEnt’s Gonzo’s Quest. The game is so popular, that NetEnt decided to give it the VR spin.

When you step into this virtual reality game, you are essentially going to be transported to a dense, tropical South American jungle. Spin the reels and feel the excitement of the forest closer than ever before.

This slot was released in 2018 and came second only to Gonzo’s Quest in the top 10 online slots of 2018 list published by the European Gaming Union. Hugh Hefner bid farewell to the world in 2017, but lives on through his brand in many ways. PlayBoy Gold Online Slot is certainly one of those channels.

This slot is developed by the renowned Microgaming and features a unique 6-reel layout which offers hundred paylines. The slot is also packed with special symbols and features. With its unique grid, sexy theme and rewarding bonus rounds and special features, PlayBoy Gold Online Slot is certainly a next level slot!

Play’n Go has a diverse collection of over 150 slots and add new titles almost every month. Their slots have great animations and information screens which illustrate how the slot and its features work for quick learning. Play’n GO slots may have a comparatively low return to player percentage on average, but when you win, you win big.

One of Play’n Go’s latest slots which certainly deserves the label of ‘next level slot’ is Anhk of Anubis. This slot is themed on the mysterious world of ancient Egypt. Anubis refers to the Egyptian god of death but this slot certainly brings the reels to life!

Anhk of Anubis has over 576 winning combinations, and a unique feature is the fact that it does not have any traditional winning lines. Instead, it has only adjacent symbol combinations.

The game includes other special features such as the Anubis symbol which denoted the Wild, the scatters which are denoted by the Pyramid symbol and 5 Ankhs symbols are equal to Wilds to the reels. This beautifully themed slot with great features is mobile friendly and was released in December 2019.

Yggdrasil has some of the most impressive game designs we have come across. Yggdrasil games have wide betting limits which caters to all spenders. They have a proprietary in-game promotional tool known as Boost. Yggdrasil slots have incredible in-game bonuses and features, with a mobile first approach

Yggdrasil’s next level slot – Valley of the Gods

Valley of the Gods is arguably Yggdrasil’s most popular and successful game ever. This game was released in 2017 and within a couple of years it became of their hallmark titles. Yggdrasil became more popular since the launch of this slot.

Valley of the Gods is a 5-reel slot which co-incidentally is also themed around the mysterious world of ancient Egypt. The game’s unique 5-reel, 5- row grid really sets it apart from most slots that players are used to. It only takes one glance to notice the stark difference. This grid is referred to as ‘blockers’, can you beat the blockers?

The bonus rounds featured in this next level slot include a 2x win multiplier, free spins in the form of re-spins on wins, a unique extra lives feature and a whopping maximum win of x580.000.

This game is so refreshing, it is like a new hybrid between the popular mobile game candy crush and a traditional online slot. It is fun, addictive and can be rewarding too.

Red Tiger Gaming’s slots have gained the spotlight because they are aesthetically superior. They have some of the most beautiful designs, immersive theming, advanced animations and life-like characters which pull you into the story. Red Tiger slots have boosted their progressive jackpots to include daily guaranteed jackpot wins.

Red Tiger’s next level slot, Atlantis, is themed around this mythical island that once was. Get ready to uncover treasures and gems hidden away at the bottom of the ocean.

Atlantis is a brand-new Red Tiger slot released in 2020. This is a 5-reel slot with 30 paylines. Take a tour of this sunken ancient city and rekindle the curiosity within you. One of the coolest things about Atlantis is that this slot offers cascading reels to which is also added wild reels, random multipliers of up to 5x, scatters and free spins called gold spins – what more can you ask for? Furthermore, the 5000x jackpot can have you smiling from ear to ear on the way to the bank.

Every week, our team reviews all of the best no deposit casinos out there and then shortlists the very best no deposit free spin offers and welcome bonuses to give our readers cool bonuses. So come back every...