Asgard is set against the backdrop of a dark night sky, with the city of Asgard forming part of the background. The slot has 5 reels and gives you 243 different ways to play. The game is rich in symbols straight out of Viking mythology and has some exciting features, including a four-pronged bonus round that contribute immensely to its popularity.

The biggest win in the base game is a 1000-coin jackpot that you can win by one of the following ways:

All the symbols in Asgard are from Viking mythology. These include Thor’s Hammer, Thor, Loki, Zeus, Freya and Asgard. There are also the lower value symbols – 9 through to Ace from a standard card deck.

There are two wild symbols in Asgard. The first is a golden wild, which replaces all symbols except the scatter and offers a 2x multiplier when it is part of a winning combination. The second is the regular wild, which appears only in the Loki’s Magic feature and replaces all symbols except the scatter and the golden wild. The scatter symbol in the game is the BONUS symbol. All wins with the scatter are multiplied by the total bet. You get paid your original bet if you land 2 scatter symbols across the reels.

There are 4 exciting free spins bonus rounds in Asgard that are triggered by landing a minimum of 3 scatter BONUS symbols across the reels. These bonus free spins features are unlocked progressively once you have triggered the bonus round a certain number of times.

This feature is unlocked from the first time you trigger the bonus free spins feature. You get 15 free spins with a 3x multiplier on all wins. The feature can also be re-triggered.

The Loki’s Magic feature is unlocked from the fifth time you trigger the free spins bonus. You get 20 free games with this feature.

The Thunder God feature is unlocked from the tenth time you trigger the free spins bonus. You get 25 free spins with 2x or 3x wild multipliers. These multipliers overlay the wild symbols on reels 2, 3 or 4. This feature can be re-triggered to give you 5 extra free spins.

The Valhalla feature is unlocked from the fifteenth time you trigger the free spins bonus. You get 30 free spins with morphing symbols. Any winning symbols are morphed once a payout is given and new symbols take their place to give you a shot at extra wins. The morphing of symbols stops once no more new winning combinations are formed. What makes this feature even cooler is the fact that you get a multiplier that progressively increases each time a symbol morphs in the same spin. This feature can be re-triggered to give you up to 8 extra free spins.

The minimum bet in Asgard is 0.30, while the maximum is 7.50. This game has fixed paylines; what shows on screen is the fact that this is an all wins pay game. The Speed button helps you speed up the game. Another cool feature is the Autoplay button, which allows you to set the game up in auto play mode for up to 100 spins. You also have the freedom to set the conditions for Autoplay to stop.

Where to Get Asgard No Deposit Codes

Asgard is a very popular RTG game and you will find it at every respected RTG casino for American and Australian players. All you have to do is sign up with the casino, fund your account for real money play, go through the games list and then click on Asgard to get started.

Because of the superb features that the game comes with and its enormous popularity, Asgard is offered as one of the games that you can play with a no deposit free spins bonus.

Doing this is simple:

If you are at a casino that doesn’t require a bonus code, you can start using the bonus and play Asgard immediately on signing up; you don’t have to enter any bonus code.

How to Claim Asgard Free Spins – A Step by Step Guide

Playing Asgard using a no deposit free spins bonus is very easy. We list the steps for you below.

Some casinos will send you a link to the mail id you provided at the time of signing up to verify and authenticate your account.

Once your account is opened you can use the no deposit free spins bonus. You are informed about the availability of the bonus by the casino’s support time, usually through live chat or e-mail. Some casinos allow you to claim the bonus immediately once you sign up. Other casinos require you to enter a valid bonus code to activate the bonus. Once the bonus is activated you can use it to play Asgard.

Why Is Asgard So Popular? 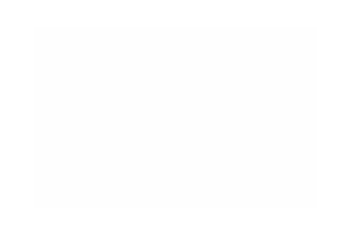 Asgard is a very popular online slot from RTG. There are many reasons that contribute to its popularity. The theme of the game itself is very catchy – Norse mythology has been the stuff legends are made of and everybody has cashed in on it, from writers and authors right down to Hollywood.

What catches the eye the moment you click on the game is the quality of the graphics and animations. The backdrop is fascinating and the icons and the animations associated with them are of the highest quality. They are also instantly identifiable: you know that the character with a wicked grin has to be Loki, for instance.

The biggest factors that contribute to the popularity of Asgard, however, are the bonus games. The fact that you get 4 fantastic bonus games to play with, and also a randomly triggered bonus, can be quite stimulating for any online casino fan.

All bonuses that you get at online casinos come with terms and conditions attached. This is true about the no deposit free spins bonus as well. Whatever the conditions are, you need to fulfil them to be able to retain a part of your winnings from the bonus.

There are other conditions to be fulfilled as well, including: